17 Fun Things To Do At The Beach at Night

The beach is a wonderful place during the day, but people flock to it like moths to a light at night as well. It’s the perfect spot for some night-time relaxation, making it an ideal destination for those nights when you want something new to do.

There are plenty of activities that take place on the beach after the sun goes down, so pack up your things and get going.

One of the best way to spend the evening with your loved ones. Bring a picnic and a bottle of wine and enjoy this peaceful time of the day.

2. Look at the Stars

Get your daily dose of exercise by going for a walk on the beach after dark. The stars and meteor showers are a good way to make conversation with the person you go with.  As you make your way towards the water, look down and see if there are any starfish or other sea creatures lying about.

Alternatively make a comfortable seat by making a circle out of your friends’ backpacks and sit in the middle to watch the stars come out one by one.

The water is clear and clean, so it’s safe to jump in and cool off for awhile. After taking a quick dip in the ocean, lay down in the sand or on a towel to dry off.  But be careful not to swim at beaches that have potential currents, as these can be dangerous, especially since there are no lifeguards around.

During the summer, you’ll usually find people singing at the top of their lungs while they’re on the beach. If you have any hidden talents, now would be the perfect time to pull them out and share it with others by taking part in some impromptu karaoke.  If you have a guitar, bring it along.

The beach at night is a great place to walk alone and do some thinking. Many people find the moonlight to be soothing, so make sure you bring your camera to snap photos of the stunning views.

Since the beach is crowded at nighttime, it’s best to separate yourself from the crowd by building a fire pit in an open area. Gathering firewood may take awhile, but this is also a good way to meet new people since you’ll be alone together for quite some time.

This is not something you can generally plan for, but if you ever hear there is bioluminescence on the beach, get down there quickly, as this is a rare occurrence and generally only lasts a few evenings or even less.

The bioluminescence waves are created by small organisms in the ocean called dinoflagellates. These tiny creatures emit light when disturbed and create a spectacular light show.

One of my son’s friends who lives near the beach recently posted a photo on snapchat of what he was seeing at the beach. As soon as I saw his photo, I had to see it for myself. I grabbed my phone and headed to the beach. What I saw was breathtaking. The water was as blue as it appears on the pictures.

Even though it was after 10pm when I got to the beach, I knew I had to phone my nephew John who is a keen photographer. He didn’t hesitate – packed his gear and joined me on the water’s edge as did the rest of our family. We spent a couple of hours taking photos and recording the beautiful waves.

If you’ve been to a beach campfire or even a summer outing with friends, chances are someone mentioned roasting marshmallows by the fire. Well, it’s time to add this activity to your bucket list because it is an incredible experience that everyone should have at least once in their lifetime.

Get a stick and some marshmallows, they can be regular or mini. A lot of people say that the best way to roast a marshmallow is to place it perfectly in the fire.  That’s not what I do though because I prefer mine burnt and crispy outside and gooey inside. That’s the best way to have a marshmallow.

9. Have a Dance Party at the Beach

You can do it any time of year and you don’t need special equipment. Just dance and the sounds of the waves will be your beat.  Or bring your phone and speaker and enjoy your favourite tunes.

If you want, get some glow sticks to wear. It’ll make things even more fun!

10. Have an Outdoor Movie Night

An outdoor cinema experience is the best way to spend an evening at the beach. Bring along a sheet or tablecloth to use as a screen, your laptop with your movies and some speakers, spread out your picnic blanket and watch your favourite movie under the stars. Make dinner beforehand or bring snacks to nibble on during the show.

The end of each day at the beach is stunning; watching it gives people time to reflect and enjoy the moment they’re in right now.  It’s a great place to camp out for a night and fall asleep to the sound of waves.

12. Take Photos of the Moon and Stars

The sky will be clear at night, allowing you to see the stars.  Bring a camera or your mobile phone with a good camera and take photos of the moon and the surrounding twinkling lights for some stunning memories that’ll last forever.

When the night falls, it’s a good idea to take your fishing rod along with you and see if there’s anything that bites.  Casting a line into the dark sea is a fun challenge that’ll keep everyone entertained for hours. It also allows people to have  a go at fishing which is definitely a skill worth learning.

Walking along the coast and watching the waves rush towards you can make anyone feel like a poet.  Take your notebook and pen, sit down on the sand and write about how it feels to be right here, right now.  It’ll be a moving experience that’ll show you more of yourself than you realised existed.

15. Create a Timelapse of the Sunset

You should take a sunset cruise at least once! You can watch the water shimmer as it reflects light from the sun setting.

Sailboats are also romantic places to be on your first date, for example.

Fireworks shows are common on popular tourist beaches. They usually start around 9pm or 10pm when the sun has fully set.  Make sure you bring your camera and don’t forget to set it on night mode or fireworks mode. Ivana Katz is a Sydney based website designer and travel blogger.  Having her own business has given her the freedom to explore the world.  She believes travel is the best teacher and her passion for adventure, writing and photography has taken her and her son to some amazing places, including Hawaii, Canada, Fiji, Greece and Czech Republic.  Ivana’s favourite thing about travelling is learning, discovering hidden gems and creating memories.  She loves nothing more than inspiring other women to chase their dreams and explore the world with their families and friends. 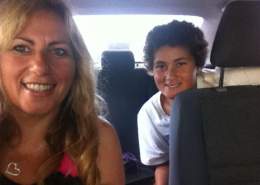 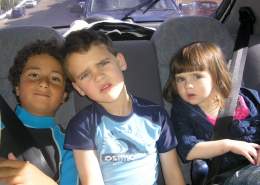 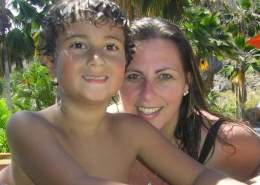 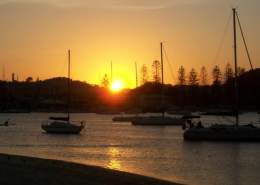 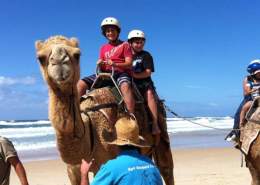 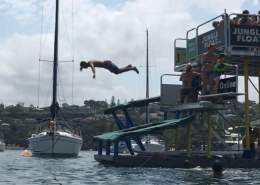 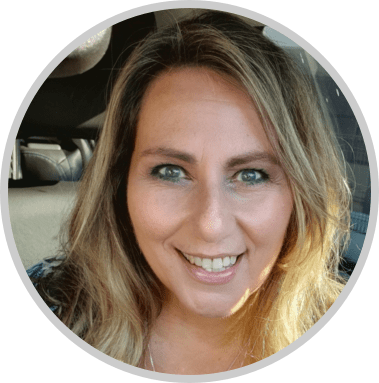 My name is Ivana and I am a Sydney based website designer and blogger.  I build websites that build businesses and in between projects I travel the world.  I hope you come on this journey with me to create special memories with your family and friends.

The right blend of light and shadow creates a cozy

Breath-taking views of the city skyline are someth

I can't believe it's already August.. Here's to an 20 Fun Things to Do at the Beach with Friends